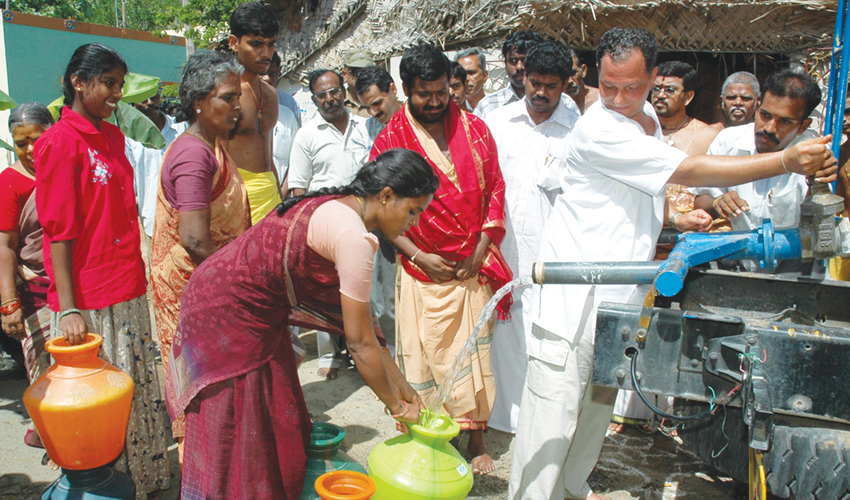 During the entire period of 1999-2001 the rains failed. Most parts of South India were affected badly by water shortages. As the water table had dropped, many were engaged in digging deeper wells and implementing rainwater harvesting. Sri Sakthi Amma quickly purchased four large tankers and continuously supplied drinking water to the rural areas. An average of 90,000 liters was distributed each day to people. During the summer season, Amma's Matruganga project actively supplies water to the villages in the arid region for three weeks, each year.

Happiness through kindness is divine.

Donate For A Cause